ORIGINAL PRINT FROM GLASS NEGATIVE (QVMAG)
This print was produced by government contractor Thomas J. Nevin from his glass negative taken in the one sitting with Charles Downes ca. 1872 at the Hobart Gaol. Scratches, cracks and grime are visible on this print from handling of the negative when reprints were made for prison and court records between 1872 and 1875.

Prisoner Charles Downes
Original print by T.J. Nevin 1872-1875
Displayed on one of three panels for exhibition and sale by Beattie & Searle, 1916
Downes’ print is second row, second from right.

CDV in OVAL MOUNT (QVMAG)
In 1985 at the QVMAG, for reasons best known to them alone, these forty sepia prints were reprinted as black and white copies with scratches and grime removed (fogged out). 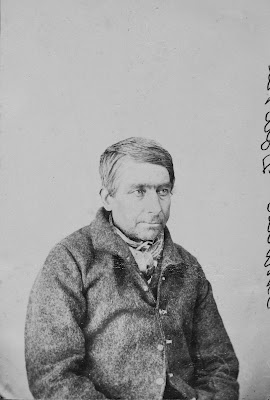 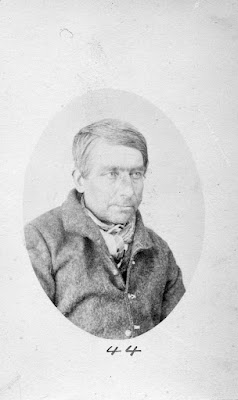 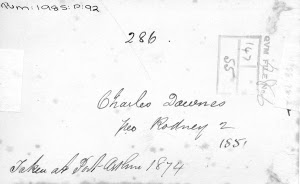 Black and white reprint of Nevin’s negative cleaned of cracks etc created at the QVMAG in the 1980s and printed as a cdv in an oval mount. (QVMAG ref: 1985:P:92). The sepia cdv’s in oval mounts held at both the QVMAG and the NLA are the original 1870s prints used by the 19th century prison administration.

Charles Downes was photographed by T. J. Nevin between incarceration at the Hobart Gaol in 1872 and reprieve from a death sentence in May 1875. See this article: Carnal Knowledge of Children: convictions 1860s-1880s

ARCHIVES OFFICE of TASMANIA copy
A copy of the QVMAG mounted cdv print is held at the Archives Office of Tasmania, bearing the same number, 44 on front. The QVMAG copy was numbered 44 because it was one of about seventy (70) cdvs of prisoners photographed by Nevin which were removed from the Launceston collection in 1983 for exhibition at the Port Arthur Heritage Site south of Hobart. The National Library of Australia’s copy has no number on recto: it was donated in the 1960s from government estrays by Dr Neil Gunson: 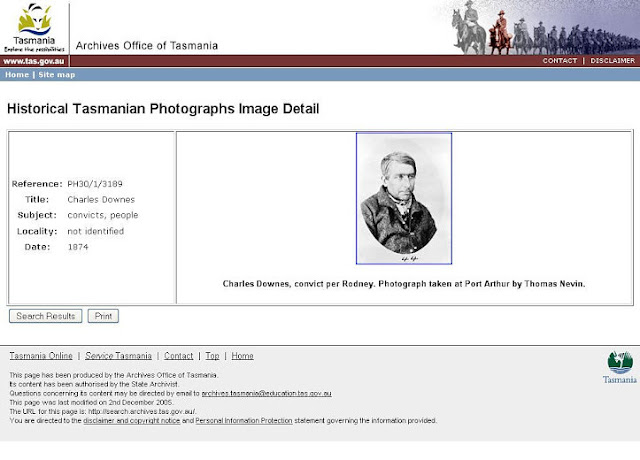 Charles Downes was found guilty on a charge of feloniously assaulting Dorothy Smith, aged 9 years, in Stacey’s revolving circus in the Queen’s Domain, and remanded for sentence.

Charles Downes’ death sentence recorded in the Supreme Court Hobart on 13th February, 1872, was remitted to life imprisonment in May 1875.