On the verso of the photo of Albert Nevin with horse is written: 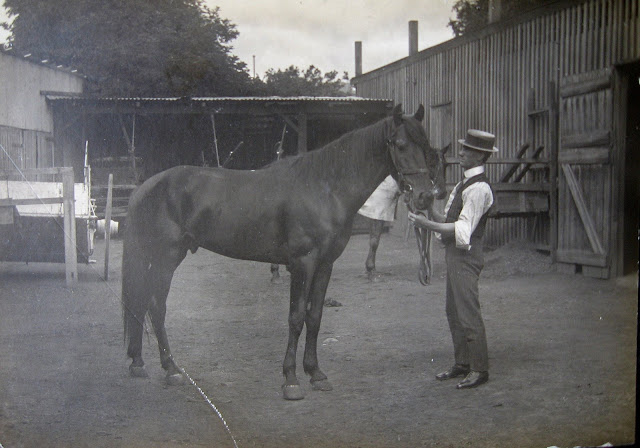 [Above]: the painted image, richly coloured (scanned here), of Albert Nevin with his horse, a pacer, probably dates to ca. 1917. It was either painted over a copy of the 1914 photograph, or the artist closely modelled the painting from it. The painting sat above a fireplace for many years, and still exists in its original frame (below).

Albert most likely chose the black and white photograph as the best representation of himself he could give his fiancee Emily Maud Davis in 1914, and having succeeded in winning her hand, presented the painted version to Emily on their wedding day, March 5th 1917 in Launceston.

By August 13, 1917, they were back in Hobart and Albert was racing again, at Moonah in the Derwent Handicap (see newspaper extracts below).