New Research 2023
This year we cross the globe to visit the fires of San Francisco, California, USA with Captain James Day (1851); to hear about old friends at Grey Abbey, County Down, Ireland from John Nevin snr’s sisters (1855); and to follow the sale of Captain Edward Goldsmith’s many freehold properties at Gad’s Hill, Higham, County Kent, UK (1870), for a closer look at historical documents recently come to hand. These beautifully preserved archival ephemera deepen our knowledge of events in the lives of the preceding generation of photographer Thomas J. Nevin (1842-1923) and his wife Elizabeth Rachel (Day) Nevin (1847-1914). We also cross the threshold of the 20th century to begin a new private collection called “The Grandchildren’s Albums”. The following are synopses of full articles to come in 2023.

LETTER from GREY ABBEY
The first of these documents is a letter sent in 1855 from Grey Abbey, Ireland, to John Nevin snr (1808-1887), husband of Mary Ann (Dickson) Nevin (1810-1875) and father of Thomas J. Nevin and siblings, settled since 1854 at his “cottage in the wilderness”, Kangaroo Valley, Hobart, Van Diemen’s Land (Tasmania). Written by one of his sisters, at one point she laments the consequences of war in the Crimea and applauds her brother John, former soldier of the Royal Scots First Regiment, for having made the decision to migrate to Australia three years earlier (1852) despite the family’s initial misgivings. 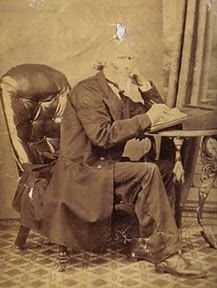 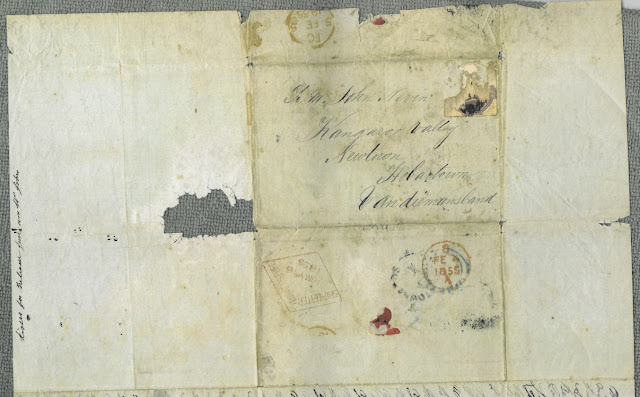 CARGO to SAN FRANCISCO
The next new area of research gathers together a collection of ships’ cockets, port officers’ logs, signal charts and maps, passenger and crew lists, and newspaper reports of the Great Fires of San Francisco, 1849-1851 when Elizabeth Rachel (Day) Nevin’s father, Captain James Day (1808-1882), served as Navigator and First Mate on board the Pryde and the Panama from Hobart to California. On those voyages the primary cargo was pre-fab timber house frames, the lesser cargo, potatoes and onions. He was praised by Captain Robinson of the Panama for not deserting ship for the gold fields when the rest of his crew had left him high and dry. 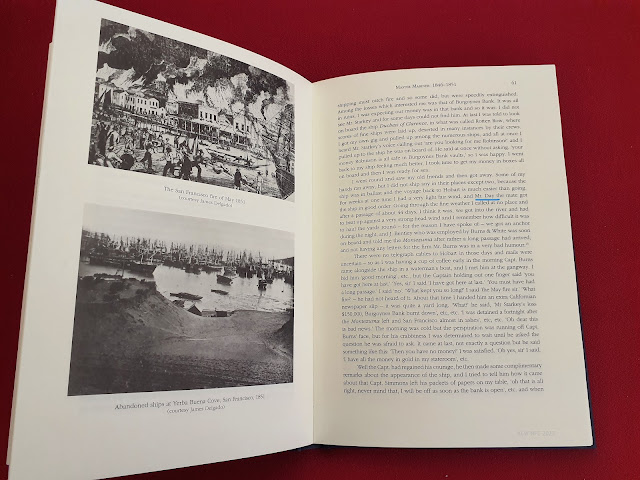 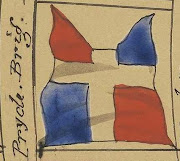 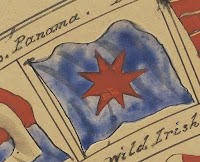 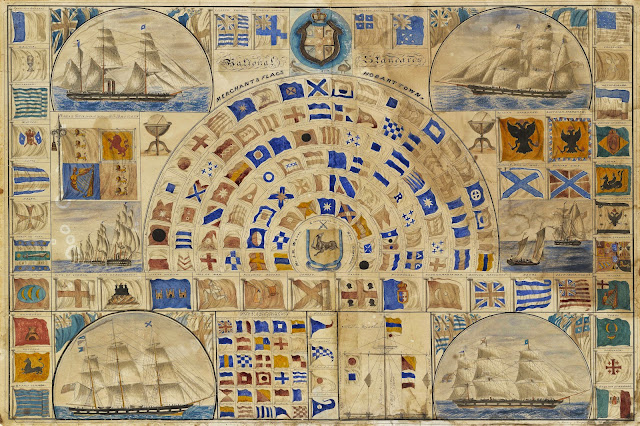 The LADY’S TIPPETT
The third new area of research examines the bundle of legal documents with diagrams detailing the extent of freehold and lease holdings in Kent, UK of Elizabeth Nevin’s uncle, merchant mariner Captain Edward Goldsmith (1804-1869) which were sold at auction on his death. Of special interest is the unusual circumstance surrounding the sale of a small piece of marshland known as “Lady’s Tippett” to Robert Lake the younger in 1870. We hear for the first time from Elizabeth Goldsmith (1810-1875), Edward’s wife, speaking in her own voice about the title to this parcel of land mysteriously absent from the deeds. It was named presumably because of its topographical shape resembling an item of Medieval clothing draped from the elbow to the hem worn by women, perfectly depicted in this 14th century statuette of Joan, daughter of Edward III.

Joan, daughter of Edward III
A small bronze statuette (or weeper) of Joan, a daughter of Edward III and Philippa of Hainault, can be seen on the side of her father’s tomb in Westminster Abbey. This can be viewed from the south ambulatory. She was born in 1335 and died on 2nd September 1348 en route to Spain to marry Pedro of Castile. She lies buried in Bayonne cathedral. The weeper figure wears a reticulated head dress, cote-hardi and long sleeves and the coat of arms depicting Castile & Leon impaling France and England quarterly is below. 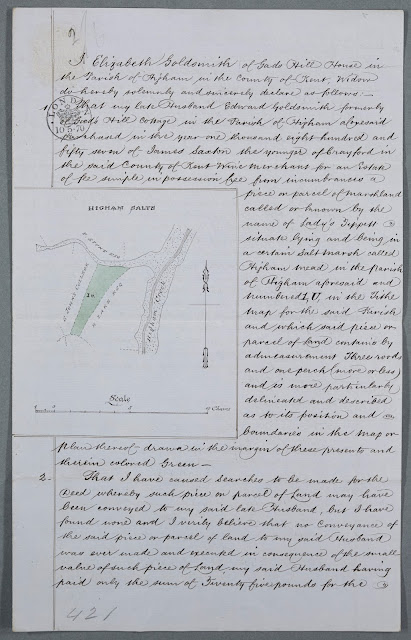 The GRANDCHILDREN’S ALBUMS
The grandchildren of photographer Thomas J. Nevin and his wife Elizabeth Rachel (Day) Nevin inherited a rich trove of photographs and documents, and they in turn have left a significant collection of early to mid 20th century family photographica. Pictured below in the same pose, two decades apart, are first-born Eva Nevin (dec.) and second-born Hilda Nevin (dec.) , the two eldest daughters of Thomas and Elizabeth Nevin’s youngest child, Albert Edward Nevin and his wife Emily Maud (Davis) Nevin. Both Eva and Hilda lived as adults in Melbourne and Sydney. 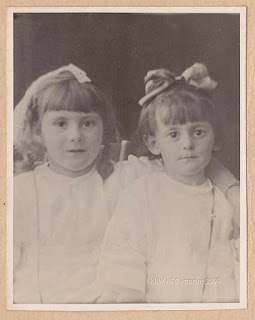 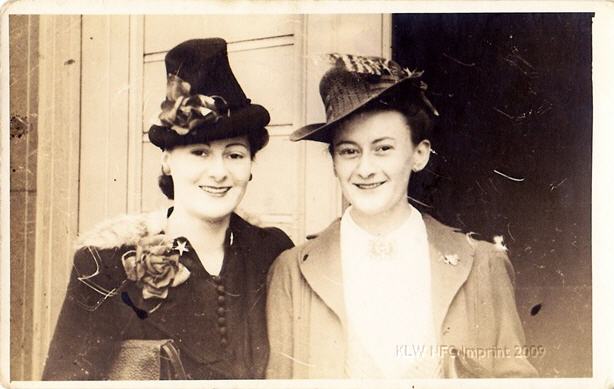 More, please
The search for more photographic works by Thomas J. Nevin continues. Our readers from Hobart to Helsinki, from Sydney to Switzerland, from Darwin to New Dehli and New Town to New York, all visit regularly, and wish to see more. If you have in your possession, or know the existence of photographs and documents which are on point, please contact us here. We are more than happy to negotiate on original materials.